British street artist Stik began painting his signature stick figures on the streets of east London in the early 2000s. The spare designs, which the artist partially based on Japanese kanji, appeared in doorways and on sides of buildings while the artist was living in homeless shelters and social housing. In the years since, Stik’s artmaking has expanded beyond his native London streets and into gallery spaces across the world.

Works from his studio practice—which includes painting, sculpture, and editioned prints—have fetched six-figure prices. Though his signature iconography is minimalist in execution, Stik maintains a commitment to social justice both inside and outside his studio. His 2014 mural Little Big Mother calls attention to the need for social housing, while proceeds from an auction for Holding Hands (Maquette) (2020) helped fund an outdoor sculpture program in Hackney.

In 2011, Stik had a solo show at Imitate Modern. In 2012, he worked in Dulwich, southeast London in collaboration with curator Ingrid Beazley, where he recreated Old Master paintings in his own style that were exhibited in Dulwich Picture Gallery, this led to further street artists including Conor Harrington, MadC, Mear One, Thierry Noir, Francisco Rodrigues da Silva (Nunca), Phlegm, James Reka (Reka One), Remi Rough and System, and ROA, becoming involved to form the Dulwich Outdoor Gallery of street art.

In recent years, Stik's fame has grown with celebrity endorsements and rising auction prices. Since then, his work has fetched over £150,000 at auction. 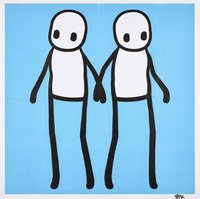 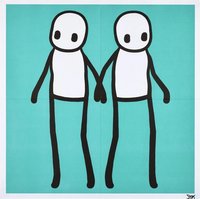 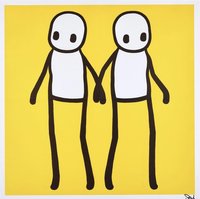 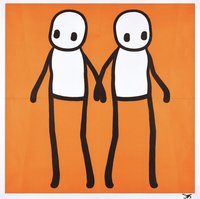 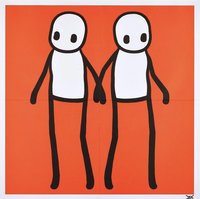