Mary Stork was born in Portsmouth, and studied at the West of England College, where her primary tutor was Paul FEILER. She studied further at the Slade School of Art, London, where she won major awards, and her paintings were toured with the Arts Council Young Contemporaries. At the Slade she met and married the West Cornwall artist Jeremy Le GRICE, and they returned to the county to live at St Just.

In Cornwall she met Karl WESCHKE who she credited with great influence on her work, and in 1966 the Hiltons arrived nearby. Mary and Rose HILTON became the closest of friends. Mary became a member of the Penwith Society of Arts and also of the NSA. Finally she moved into Penzance, living in the town centre and continuing to produce a steady stream of distinctive work, mainly mixed media (watercolour and charcoal) figurative pieces, much collected. 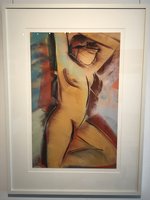 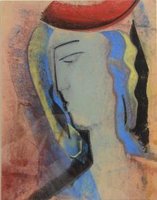 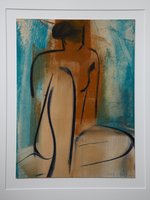 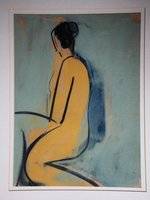 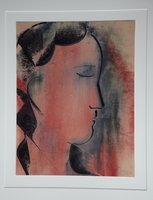 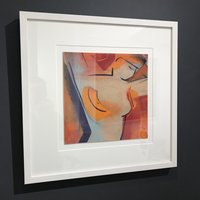