John Piper was born in Salisbury in 1946 and soon moved to Cornwall. Having been influenced by the paintings he saw being shown in St Ives he began to exhibit his own work in the late 1960s. He was an art teacher in Penzance for twenty years before becoming a full time painter. He lives near Lands End and paints from his studio which overlooks the Penwith Moors.
His main influence is the Cornish landscape and his paintings depict the moors, headlands and cliffs and more recently farm buildings and cottages. His pieces and their compositions, usually with vast expanses in the foreground, are instantly recognisable. He lays paint down in several layers and sometimes draws into it. He works in oils on canvas or, for smaller pieces, on board.
He exhibits across the UK, Europe and North America and his works are collected across the world. 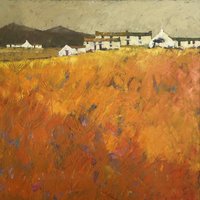 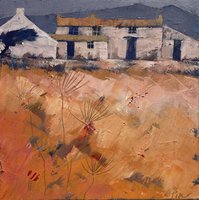 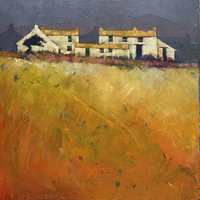 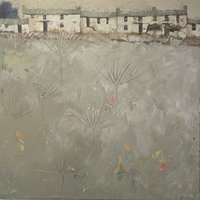 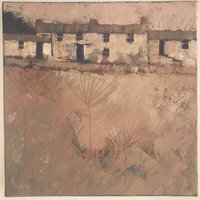 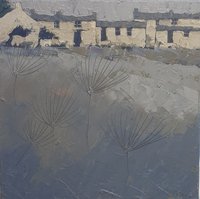 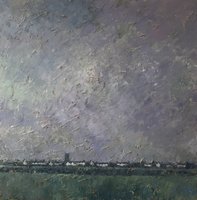 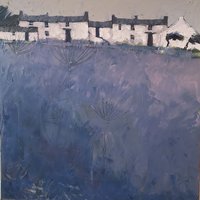 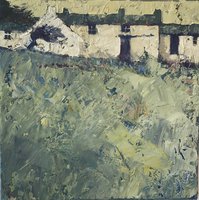 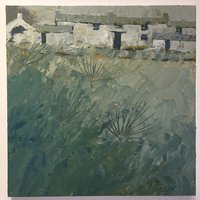 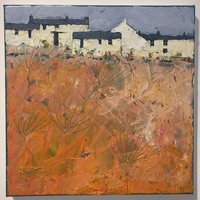 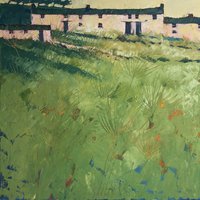 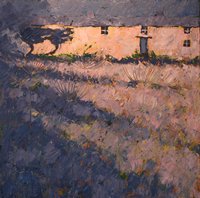 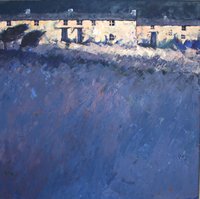 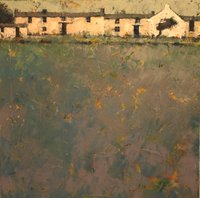 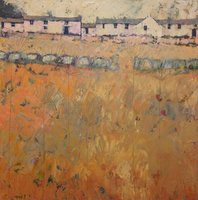 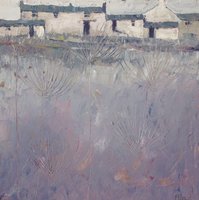 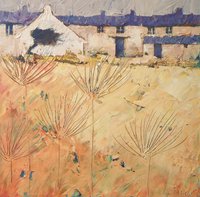 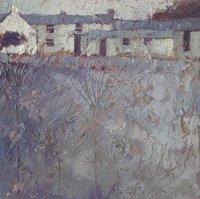 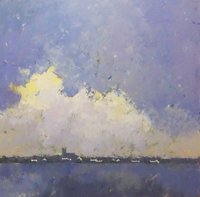 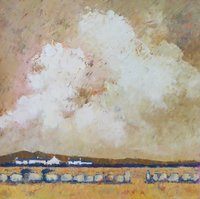 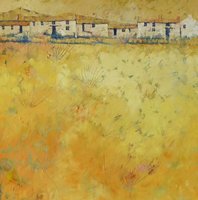 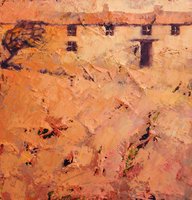 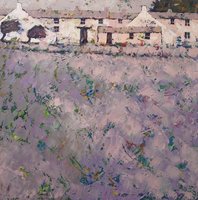 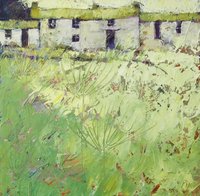 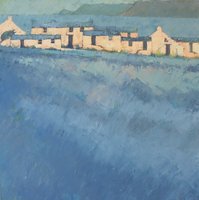 Across the Fields
Sold 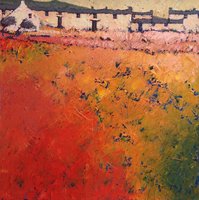