Damien Steven Hirst (; né Brennan; born 7 June 1965) is an English artist, entrepreneur, and art collector. He is one of the Young British Artists (YBAs) who dominated the art scene in the UK during the 1990s.

Death is a central theme in Hirst's works. He became famous for a series of artworks in which dead animals (including a shark, a sheep, and a cow) are preserved, sometimes having been dissected, in formaldehyde. The best-known of these was The Physical Impossibility of Death in the Mind of Someone Living, a 14-foot (4.3 m) tiger shark immersed in formaldehyde in a clear display case. 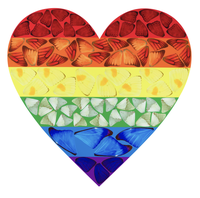