Charlie O’Sullivan has established herself as perhaps the most significant artist to emerge from the South West in recent years. Now a member of the South West Academy, she began her career as a freelance illustrator for the BBC and Channel 4. However, it was the art therapy sessions that she ran for disadvantaged patients at Hackney Hospital as a young artist that inspired Charlie to begin creating the images she is now best known for. She was profoundly affected by the stories she heard there and the people she met, and they soon began finding their way into her work.

Taking her inspiration from people, conversations, tastes, fleeting thoughts and touches, Charlie believes that “painting should be a series of conscious and unconscious decisions”. The results of which take the viewer on an intensely personal journey through a colourful landscape strewn with echoes of her childhood, snatches of conversation heard on a cliff path, and figures she has known or noticed from afar.

Charlie recently moved to Devon, where she paints full time. She points out that “living by the coast for the last few years hasn’t turned me into a seascape artist. Rather it has influenced elements like colour and scale, but most importantly it has given me a place to clear my head and restore my thoughts, both before and after painting. Painting is a very solitary activity and my paintings become a conversation with myself. So it’s no surprise to me that an odd figure, an upside-down house, a strange dog or teapot appears in my work... It’s only a reflection of my thoughts and memories.” 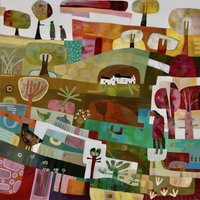 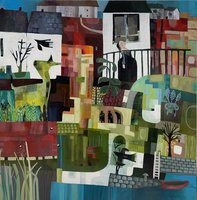 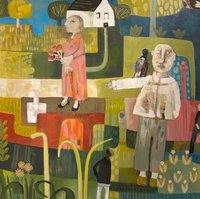 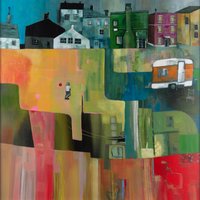 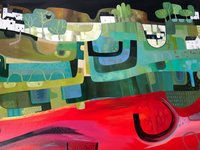 Adrift in The Hills
Sold 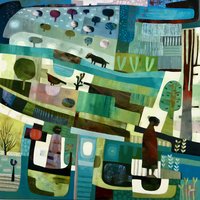 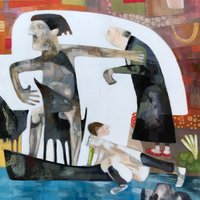 A Day Trip With Noah
Sold 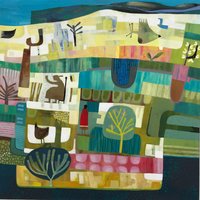 In The Wake Of The Hills
Sold 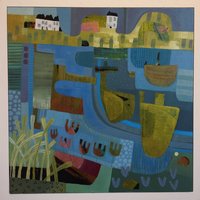 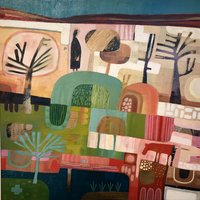 Head in the Clouds
Sold 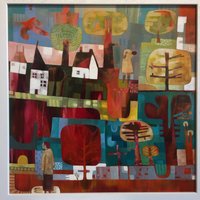 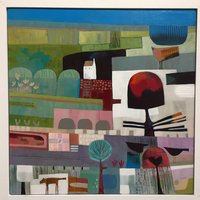 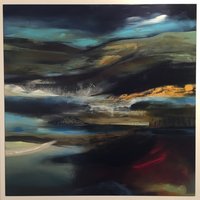 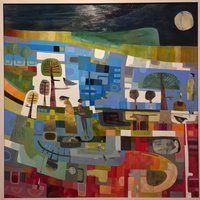 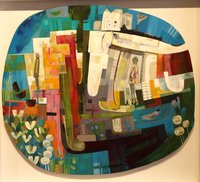 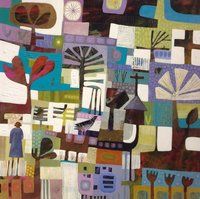 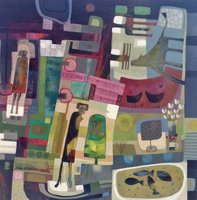 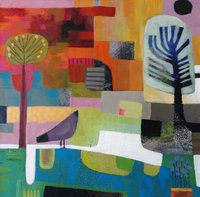 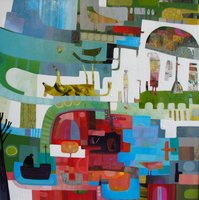 Between the Words
Sold

Thoughts of You
Sold

A Walk in the Park
Sold