Bryan Pearce was born in St Ives, Cornwall in 1929, a sufferer of the then unknown condition Phenylketonuria, which affects the normal development of the brain. Encouraged by his mother who was herself a painter, and then by other St Ives artists, he began drawing and painting in watercolours in 1953. From 1953 to 1957 he attended St Ives School of Painting under Leonard Fuller.

In 1957 Pearce began painting in oils and started to exhibit regularly at the Penwith Gallery in St Ives. He became an Associate of the Penwith Society of Arts in Cornwall, and later a full member, having been sponsored by the sculptor Denis Mitchell. He is also a member of the Newlyn Society of Artists; it was at the instigation of Peter Lanyon that he had his first solo show at Newlyn Gallery in 1959.

One of the country's foremost naive painters, Pearce was well know for portraying the local St Ives landscape and still-life compositions in oil, conte, pen and ink, and pencil.

Over the past 40 years Bryan Pearce has exhibited throughout the country, including the New Art Centre, Victor Waddington Gallery and Stoppenbach & Delestre in London; Beaux Arts in Bath and the Oxford Museum of Modern Art. In St Ives he has shown at the Sail Loft Gallery, Wills Lane Gallery and the New Craftsman. Public Collections include: the Tate Gallery, the Arts Council, the Contemporary Arts Society and Kettle's Yard, Cambridge.

Several biographies have been published, including Ruth Jones's The Path of the Son (1976), Marion Whybrow's Bryan Pearce: a private view (1985) and Janet Axten's The Artist and His Work (2004). 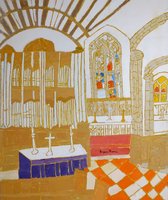 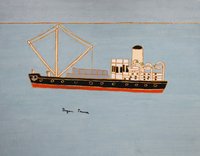