Fascinated by aircraft, animals and plants from an early age, Adam trained as a Sculptor between 1987 and 1991 before going straight into work as a sculptor and model maker for the Film and TV industry at Shepperton and Pinewood Studios. He progressed from here to working with Exhibition and Aerospace companies, creating one off pieces that other trades could not make due to their complex curves and diverse materials.

After 20 years of making and designing all kinds of shapes and forms, in all kinds of materials for a wide variety of people and companies, he found himself working as a Senior Design and Build Manager for several of the most well known construction firms in the UK and abroad but this came as a detriment to his personal work. After a sudden family bereavement he realised we should be following our dreams, not those of others, and so built and set up his own studio in 2010.

Inspired by aerodynamic, organic and animal forms, his work as an artist has always been a mixture of biology and mechanisation. Adam’s love of aerodynamic forms fuels his concepts; fusing mechanised structures with organic forms to create his pieces. Working from his studio near Bristol, using industrial metal construction and fabrication techniques, as well as traditional casting methods in bronze and steel, Adam sculpts, models and carves a broad selection of materials to create the Aerorganic forms that reflect the world we live in today, now mixed with half remembered ancient organic forms and dreams of another possible future. Adam works in several disciplines at once, carving in wax for casting in bronze or steel before stopping to view the progression of pieces and then moving to direct construction in steel, copper and iron. 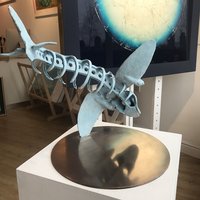 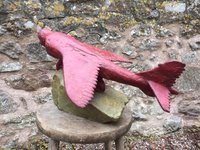 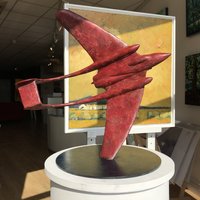 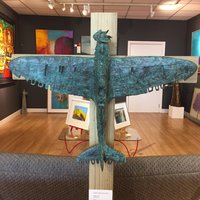 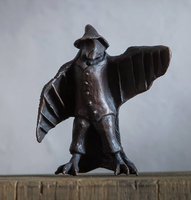 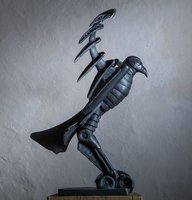 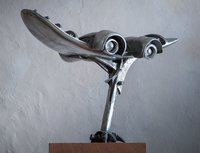